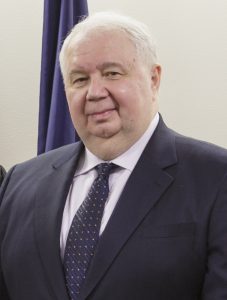 Russian Ambassador to the US (2008-2017).
President Obama placed sanctions on Russia for interfering with the election on Dec. 26, 2016, before leaving office.
The same day Michael Flynn, the soon to be National Security Advisor, had multiple contacts with Kislyak and indicated that the sanctions could be reversed.
Flynn subsequently resigned and was charged with lying to FBI regarding this communication.
US Attorney General Jeff Sessions recused himself from the Russia investigation in Mar, 2017 after acknowledging that he had spoken with Kislyak twice in 2016, and could be called upon as a witness.