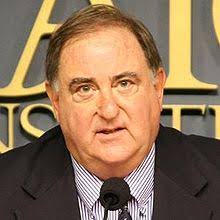 Halper was an FBI informant during the bureau’s investigation into Russian interference in the 2016 United States elections.
Halper spoke with Trump campaign advisors Carter Page and George Papadopoulos.
On September 2, 2016, he invited Papadopoulos to London to write a paper on Mediterranean oil fields, which Papadopoulos did.
On September 15, 2016, he asked Papadopoulos if he knew of any Russian efforts to disrupt the election campaign which Papadopoulos denied.
As a CIA intelligence asset, Halper was tasked with targeting another Trump campaign official, Carter Page.
Halper was also connected to rumors of a relationship between a Russian woman, Svetlana Lokhova and General Michael Flynn. This led to the FBI concern/basis of potential risk/blackmail against the General in his role as Director of National Intelligence.