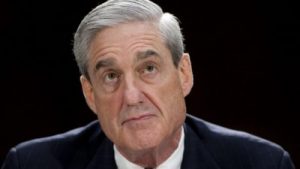 The “Special Counsel” appointed by US Attorney General Rod Rosenstein on May 17, 2017 to investigate “any links and/or coordination between the Russian government and individuals associated with the campaign of President Donald Trump, and any matters that arose or may arise directly from the investigation”.
Prosecuted several individuals on “process crimes” and ended the investigation on March 22, 2019.
His report concluded no collusion with Russia but was silent on obstruction of justice.