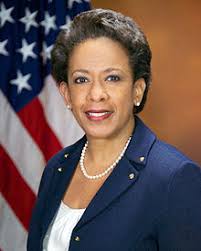 US Attorney General (2015-2017). In June, 2016, Lynch met Bill Clinton on her private jet (the Phoenix tarmac meeting), which some considered inappropriate, since the FBI (which Lynch oversees) was looking into Hillary Clinton’s use of an unauthorized email server. In June, 2017, James Comey, then FBI Director, testified that Lynch told him to refer to the Clinton email controversy as a “matter”, not an “investigation”.